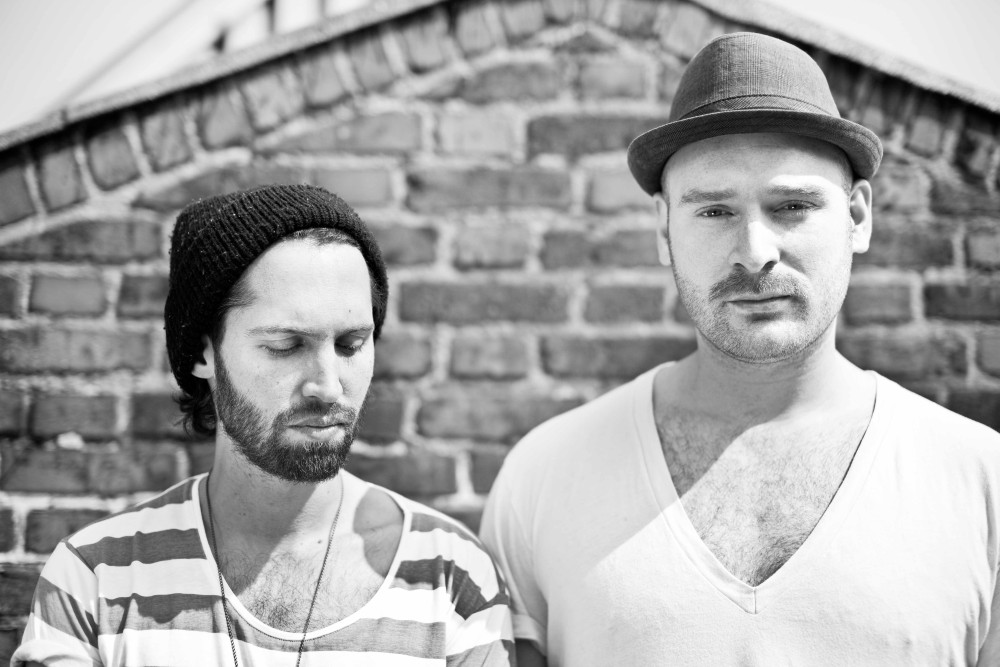 It was spring 2010 when the cologne natives decided to kick their ass into gear and get out of their Studio to bring their beats to the world. Less than 12 months later Andhim were voted in the top-ten German newcomers of Groove and Raveline Magazine and their records were found in the cases and remix-wishes of many unknown and famous DJ’s alike.

When performing live one can really feel the full commitment and passion of the boys. Energetic, creative and always entertaining, they present their very own interpretation of electronic dance music that makes dads cheer and mums scream. The boys see the record player as their instrument, which they use to create new sound worlds, which separates them from the standard reproductive character of a DJ.

Their musical talent and knowledge of technique comes from their musical resume: When other kids were playing at the pool eating French fries on their summer holidays, 16 year old Simon was scratching with several jazz-musicians through Europe. When he was 20 he became known as Simon2 tempted to electronic music. Similarly, but on different level, Tobias developed in the late 90’s and early 2000’s. As part of the Turntable-Crew “Noisy-Stylus” he became a multiple ITF- and DMC-Champion and influenced the Turntablism scene of the time with Noisy-Stylus in their own Battlebreak- records and album “Table Manners”.

The final chapter was at a Bavarian sausage-eating contest, facing each other in the final round covered from head to toe in sausage. They immediately knew what to do and founded the Boy band “Andhim”. Just a logical progression! After massive gigs through Europe and Asia, the boys continuously work on their sound and development in an effort to explore new worlds of sound. With strong support from many Artists and Labels of the scene they are looking forward to the future with optimism and are excited to make the people of the world dance, smile and go crazy!