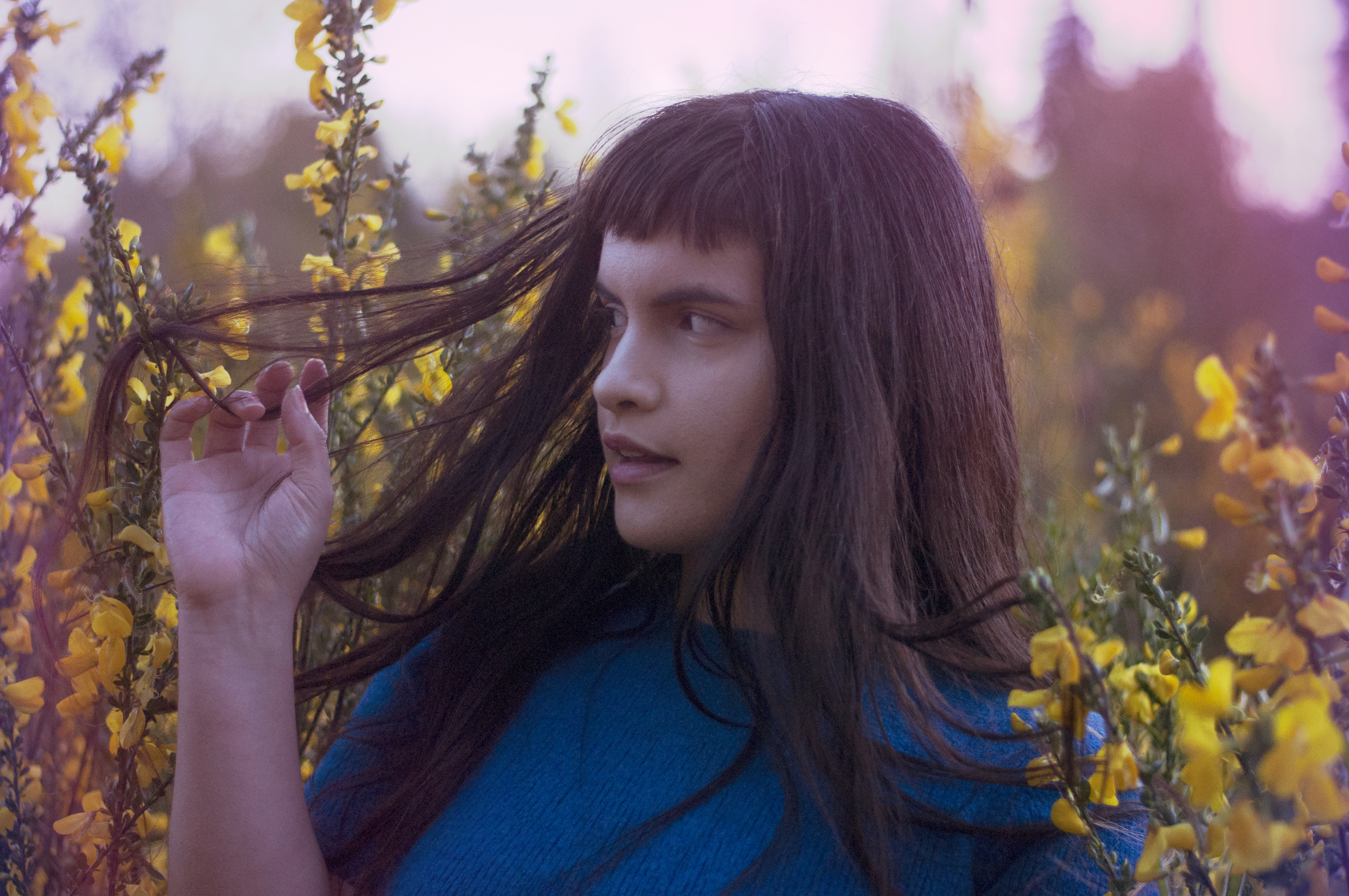 Born and raised in Seattle, Briana Marela has traveled some but has always called the state of Washington home. There is a sense of place in her music — a sense of nature, of the northwest and of the unique space that exists between cities and wilderness. More than that, however, Briana draws inspiration from the people around her. Not just the emotions they evoke, but also the tactile feelings those emotions bring us: the warmth of affection; the weightlessness of joy; the grounded, anchored feeling of love. That gift for illuminating the abstract is counterbalanced by a remarkable clarity in Briana’s lyrics, and that straightforwardness manifests itself in powerful ways. Briana’s lyrics are forceful, and throughout her second album, All Around Us, traditional song structure gives way to plainspoken declarations that pull back the record’s shroud.

Briana began writing music in early high school. “I started dreaming up melodies before I even picked up an instrument,” she explains. “I wrote songs on acoustic guitar in high school and I guess I didn’t fully realize the other options that existed for creating music. I never imagined I’d be making music using computers someday.” It wasn’t until Briana left home to attend college in Olympia that she turned her efforts toward music technology, audio production and composition. Learning about the manipulation of melody, vocals and sound through more experimental music is what ultimately drove her and influenced her pop compositions.

“Something changed in me when I started learning about sound and sound manipulation, about computers’ space in making music, and then I couldn’t ever go back to playing guitar.” In these mediums Briana found deeper inspiration for composing, arranging, and for approaching music in a whole new way. Appropriately, the album track “Everything is New” was the first song Briana ever wrote using vocal looping techniques and it sparked what would become a bottomless exploration into manipulated sound.  All Around Us, named after a children’s picture book, traces Briana’s transition between places, beginning just before she embarked on her first-ever tour in 2012. While on that tour with her sister Briana performed at an art gallery in Providence, Rhode Island and it was there that she crossed paths with the artist Scott Alario. He ended up sharing Briana’s music with his best friend Alex Somers, the Sigur Rós & Jónsi-affiliated musician and producer, who would go on to produce All Around Us. Later that year–on the day, incidentally, that the Mayan calendar predicted the end of the world–Briana got an email from Alex that would eventually bring them to work together in Iceland. “As soon as we met, we didn’t feel like strangers. It was instant friendship,” Briana says. “I have strong production visions for my music, but it was so important and fun to work with Alex, to collaborate and to challenge the way I record and do things myself.” Working with Somers, Icelandic group Amiina, and others, Briana’s formidable talents revealed themselves even more vividly than before.

The magic of this collaboration is evident on the album track “Surrender”, which is musically delicate at first, with flickering blips and chords that float into earshot like fireflies. As drums and vocals build the drama escalates and steepens until we are struck with one bold, mantra-like affirmation: “I’ll give you all I’ve got.” “Take Care of Me” is the album’s brightest and most immediate song, a buoyant celebration of friendship with a skittering beat and a warm, sweet melody. And title track “All Around Us” is a stark but inspiring beauty, built on the memory of a family member of Briana’s who passed away, and the sadness of not being able to say “goodbye” or “I love you” one last time. It is here that Briana declares, clearly and succinctly: “If you love me, say it now. And mean it. For you may never get another chance.”

When Briana talks about herself, she speaks directly about her own shyness, acknowledging it in the context of how it informs her songwriting. “My songs are my way to express feelings boldly that I could never speak aloud,” she says. “They are my plea to be heard.”

It is the balance of the abstract and the intimate that makes Briana Marela and All Around Us so special. There’s a place for us all in these songs. We can nestle and tuck ourselves in between their loops and slopes and blankets of sound. We can think about ourselves and one another. Briana Marela’s All Around Us tempts these questions: What’s so confounding about the truths right in front of us? Why do we hear something simply-stated and assume it’s a trick, or the ghost of something else? As an album, All Around Us feels mysterious at first, but reveals itself to be a record of remarkable honesty and of direct, deeply felt emotions. All Around Us is about relationships with people, about friendship, about improving oneself and finding the bravery to feel, give and show love.