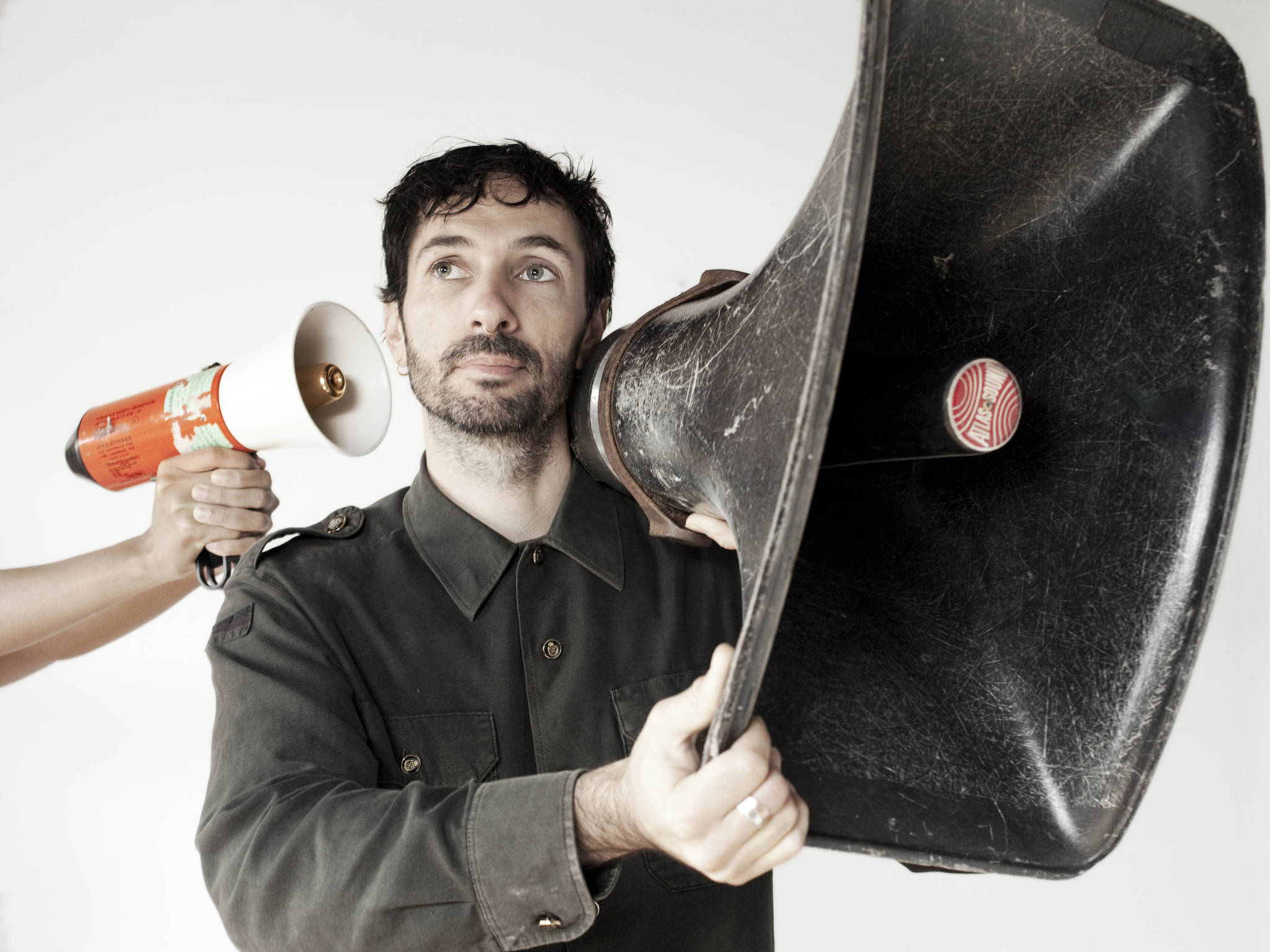 Grey Filastine is the composer of a gritty electronic music that collides the lowest frequencies of bass music with the highest-level beat science, acoustic instruments and field recordings. His work often features Javanese indie rapper Nova and avant-garde cellist Brent Arnold. These two can frequently be seen onstage with Filastine at some of the nearly hundred gigs he performs in any year. Filastine also produces award-winning videos, designed a post-crash currency , and conducts public sound interventions. Before getting into digital arts he founded the prototype anarchist marching band the Infernal Noise Brigade. Filastine has lived in a dozen cities but is now firmly based in Barcelona.

Nova grew up singing pentecostal spirituals with her preacher grandfather, koranic recitations in the mosque, and javanese gamelan music in school. She was half of the Indonesian rap sensation Twin Sista, and has been collaborating with Filastine since 2010. When not on tour Nova can be found in Java giving workshops on art and environmental activism.