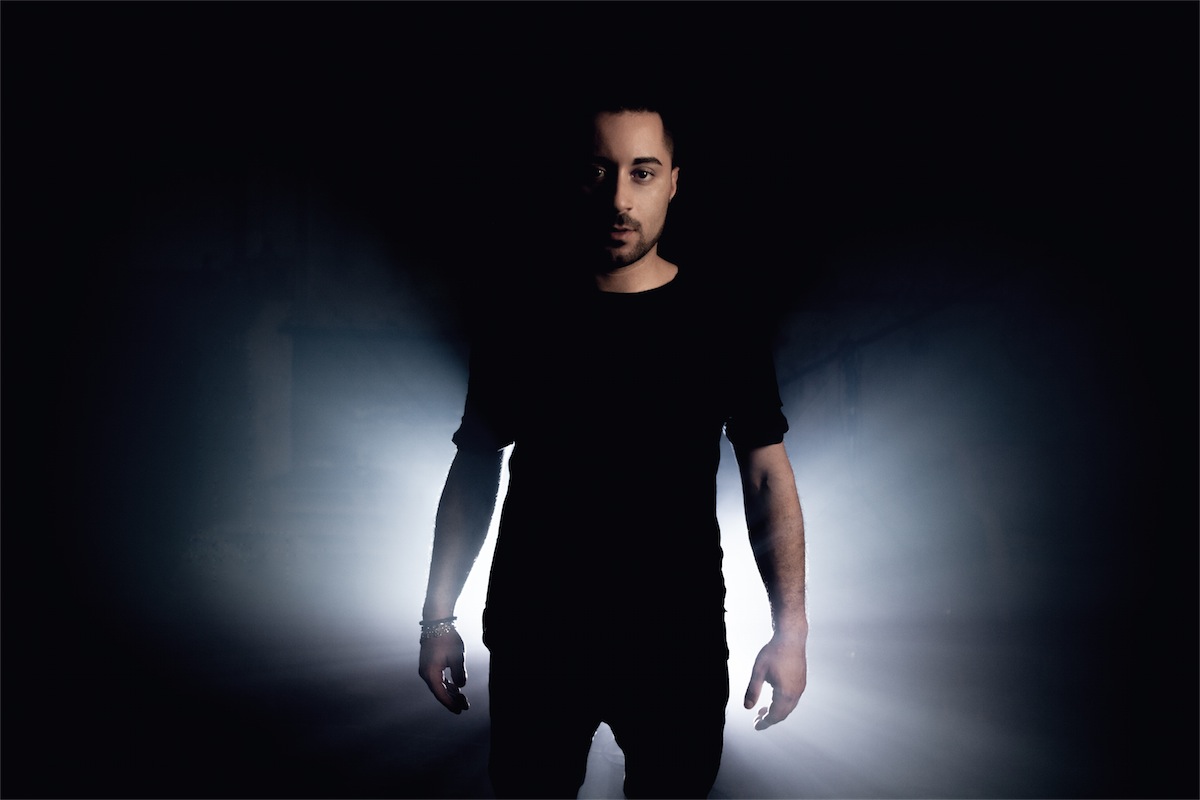 Now recognized as one of the principal profiles in techno, Joseph Capriati has established a reputation as a universally popular and in-demand talent. A naturally charismatic DJ with a back catalogue of standout productions, Joseph is an instinctive performer with a genuine enthusiasm for entertaining; marking him out as a leading light amongst the next generation of international techno headliners whose musical magnetism makes him and a firm favorite with club crowds across the world.
2013 was a landmark year for Joseph Capriati. Not only did he release his sophomore ‘Self Portrait’ album on Drumcode, but the inspirational Italian lit up marquee events across the globe including Berghain Berlin, Space Miami, Pacha New York, Output New York, Stereo Montreal, Cocorico Riccione and Cavo Paradiso Mykonos, plus a festival-hopping summer schedule and a truly magical Ibiza season which saw Capriati complete a euphoric eight-date residency for Music On at Amnesia and make two unforgettable appearances for Circo Loco at DC10. All this comes on top of a series of impressive firsts, including closing the main room of the internationally respected Time Warp Festival in Mannheim; an all-conquering coast-to-coast tour of USA; a marathon 12-hour set in front of a sold-out 7000 capacity Metropolis club in his home town of Naples, and invitations to play back-to back sets with Marco Carola, Danny Tenaglia, Adam Beyer, Dubfire and Dave Clarke. It therefore comes as little surprise to even the most casual observers of Techno that Joseph Capriati’s name now appears as top billing at the most high profile events worldwide. Acknowledged everywhere he goes as an ambassador for the new techno cohort, Joseph is adored by his rapidly growing army of dedicated fans for his honest and humble approach to his art.Nowhere is this adulation more evident than in the front few rows of any Joseph Capriati gig. One of an exclusive club of touring DJs who don’t just travel to their audience but actually attract an audience to their shows from outside the host country, Joseph Capriati fans travel miles across countries and continents to follow his sound. They are easy to spot with their Italian flags adorned with ‘King Capriati’ slogans and chants of ‘Nap-O-Li, Nap-O-Li’. Those unable to travel have been able to follow Joseph’s landmark shows thanks to his popularity with the audience of live-streaming broadcaster, Be-At.TV, who have covered multiple Joseph Capriati events including his closing set at Time Warp Mannheim, a back-to-back session with Dave Clarke at Awakenings Eindhoven, a guest appearance at Victor Calderone’s Pacha Pool Party in Miami and Joseph’s 12-hour marathon sets at Metropolis Naples and Cicorico Riccione. This global popularity is testament to the focus, preparation and energy that Joseph pours into every gig, in spite of an increasingly hectic touring schedule that saw Capriati complete over 130 appearances in 25 countries during 2013.Despite being a DJ first and producer second, the strength of Joseph Capriati’s production portfolio can be measured in both the projects with which he has been involved and the chart success his releases achieve. A principle act for Adam Beyer’s Drumcode label, November 2013 saw the release of Capriati’s ‘Self Portrait’ album on Drumcode with tracks such a ‘Fratello’, ‘Awake’, ‘Basic Element’ and ‘This Then That’ captivate new and old Capriati fans alike. More than just a collection of singles, the project illustrated Capriati’s ability to spread his studio wings as he brought together a range of influences under a techno motif, illustrating the depth to his music that has seen the Capriati sound enchant dance floors globally and propel Joseph to be central character in the rising popularity of techno worldwide; helping the genre penetrate into remote markets such as South Africa and Honduras as well as traditionally mainstream territories such as Ibiza.

Having made his debut for Marco Carola’s vibrant new Music On brand in summer 2012, playing six memorable sets in the legendary main room of Amnesia, over the course of Music On’s opening term, including their closing party, Joseph Capriati returned to Ibiza in 2013 as an official resident for Music On, playing eight parties across the entire four-month season and in the process making the Amnesia main room all his own with his powerful, emotive techno providing the perfect foil to the sultry, energetic grooves with which Marco Carola ruled the Amnesia Terrace. However, Capriati’s 2013 Ibiza season didn’t stop there with a headline set at the Amnesia Opening party and two show-stopping appearances for Circo Loco at DC10 completing his schedule. Such a continuous and high profile presence on The Island has without doubt raised Capriati’s global currency, manifesting itself in a 56 place ranking in Resident Advisor’s Top 100 DJ’s of 2013 poll and a nomination in the Techno category of DJ Awards Ibiza.

Born and raised in the southern Italian city of Caserta, less than 30km from Naples, Joseph Capriati’s emergence as significant force within Techno continues the strong lineage of talent from the city as he follows in the footsteps of Marco Carola, Rino Cerrone, Gaetano Parisio and Markantonio. Having grown up on a diet of early hip hop and classic house from the likes of Masters At Work, Todd Terry and Eddie Amador, Capriati bought his first DJ console at the tender age of 11; cutting his teeth playing to his friends in garages and basements after school. It was not until he was old enough to attend his first rave party that his passion for techno over-shadowed his early musical influences and set in motion the journey that has taken him to the position he is in today. As Joseph himself remembers, “the first time I heard techno was at Old River Park in Naples in 2003. It was a 12 hours party with Dave Clarke, Billy Nasty and Rino Cerrone. I was totally impressed by that sound and something in my mind changed.”

Inspired and energized, Joseph made the leap into production; slaving away on a home PC and hi-fi speakers, honing his skills for three years and eventually creating his first important records like C’est La Vie and Microbiotik which found their way on to two of the most influential Neapolitan techno labels; Analytic Trail and Globox Records. From this moment on Joseph was made. What followed was an explosion in profile at home and abroad. From his first high profile gig at Naples’s infamous 5000 capacity Golden Gate venue in October 2007, the young Neapolitan has not looked back; spreading his wings and travelling all over the globe. Now located out of Barcelona, Spain Joseph has settled into a good rhythm for his life with his studio based within his home so he can make the most of the increasingly limited time he has available in-between touring to make music and also find time to relax.

Always quick to understand the professionalism and determination required in order to carve out a career for himself; Joseph’s passion and conviction is plain to see in the way he has gone about making and playing music. Whether it be having the confidence to release a debut album containing ambient tracks and Drum & Bass; or the discipline and creativity displayed to convince Adam Beyer to release two multiple-track EP’s on his Drumcode label; or the versatility and insightfulness that characterizes Josephs DJ sets and enables him to connect with crowds across the world; whether he be tearing up an after party in a dark basement with a pitch perfect mix of tech house, or thundering out a peak-time mix to crowds in the desert at Monegros Festival, or upstaging the Drumcode Total event at Berghain with an impromptu four-hour back-2-back closing set with his hero and now close friend, Adam Beyer.

With a path laid out before him and the force of momentum behind him, Joseph Capriati welcomes the future with excited anticipation. “I just want to make music or play gigs everyday. It is the most important thing in my life. When I am in the studio or on stage I feel disconnected from the world and I enter another dimension where there is just the music, the people and myself. I could be sick, or be feeling sad about something, but when I’m playing I totally forget everything and this makes me happier. Looking at the people dancing and following my musical trip is an amazing thing. There is nothing better than this for me.” So the future for Joseph Capriati is simple. Keep on doing what he loves and do it with a passion and commitment that has proved so potent a driving force to this point.