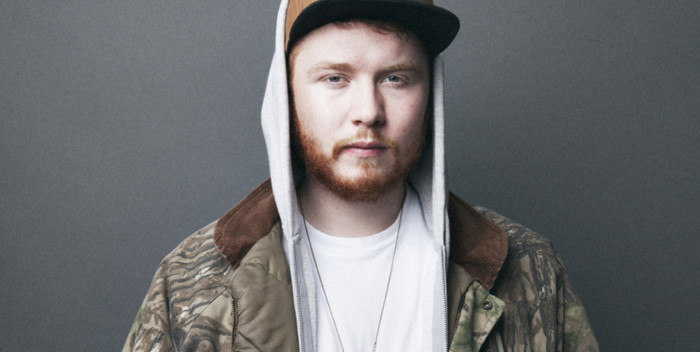 There’s no doubt in anyone’s mind that 2011 was an incredible year for Mr. Julio Bashmore. The Bristol native rounded off a string of stellar EP’s on an array of prolific labels with the highlight being a filmic piece of house music for Futureboogie Recordings. ‘Riff Wrath’ was the perfect embodiment of Bashmore’s fluid modern soul – understated bass frequencies, an in the pocket groove and a dusting of cosmic guitar.

Ever since ‘Everyone Needs A Theme Tune’ on PMR Records stormed the scene early on in the year, Julio Bashmore has been at the forefront of Bristol’s electronic army. An artist who has expertly fused his city’s bass roots with a deep appreciation for the classic house sound, Bashmore consistently imbues his productions with tangible emotion without losing sight of the dancefloor. The notable ‘Batty Knee Dance EP’ on 3024, was followed by Futureboogie’s inaugural release ‘Father Father feat. Javeon McCarthy’ back in April, with a number of stand out remixes for the label as well as the huge remix of ‘Into The Valley’ by Classixx. Bashmore has been an unstoppable force on the global circuit endowing his sets with a vital eclecticism that was showcased in his mighty contribution to the ubiquitous Essential Mix series on BBC Radio 1 at the end of the year.

Julio may have appeared to burst on to the scene in late 2009, but the lead up to the Julio Bashmore EP for Claude VonStroke’s highly influential Dirtybird label was essentially a lifetime in the making. Siphoning the tastes of his older brothers through hip-hop cassettes, Julio’s interest in electronic music began in earnest after hearing Daft Punk’s “Da Funk”, which was handily around the time that turntables arrived in the house via his elder sibling. There was something Julio warmed to in the typically French approach Daft Punk and Cassius took to house music composition, and his earliest vinyl purchases reflected this. Aged 14, a battered old PC and a copy of Reason became Julio’s very first ‘instruments.’ He later experimented with synthesizers and guitars, playing in bands for a brief period, but by the time he was old enough to experience club culture first hand, Julio had made the realisation that DJing was the true vehicle in which to deliver his music.

Perhaps indicative of Bristol’s fascination with low-frequencies, Julio began to gravitate towards the bass- indebted sounds of the Dirtybird label. After spending considerable periods of time sharpening his mixing and productions skills, Claude VonStroke’s label tellingly signed an EP’s worth of Julio’s material for the Julio Bashmore EP. This breakthrough also meant a difficult decision: on the cusp of leaving for university Julio decided instead to remain in Bristol and install production and DJing as his primary focus.

What happened next is the reason you’re reading this. Night Slugs, Ten Thousand Yen, PTN, Dirtybird, fabric and Soul Motive were among those who housed Julio’s early productions/remixes—and this list of forward-thinking labels seemed fittingly representative of Julio’s future-facing output. But what is it about his sonic approach that has created so much fever around the name Julio Bashmore? It’s difficult to say exactly. But bounce to blissed-out Garage of “Footsteppin”, lose your shit to his Mosca remix, or turn out the lights for “Batak Groove” and you’ll realise, simply, that it’s just something you feel and with 3 cuts on Jessie Ware’s highly anticipated debut album (including ‘Running’ and ‘110%’), a Radio 1 show as part of their INDJsWT brand and fresh music for his newly imprinted label Broadwalk Records on the horizon, 2012 is shaping up to be and even bigger year than the last.

Julio’s debut full length album ‘Knockin’ Boots’ will be dropping this summer on his own Boardwalk imprint.