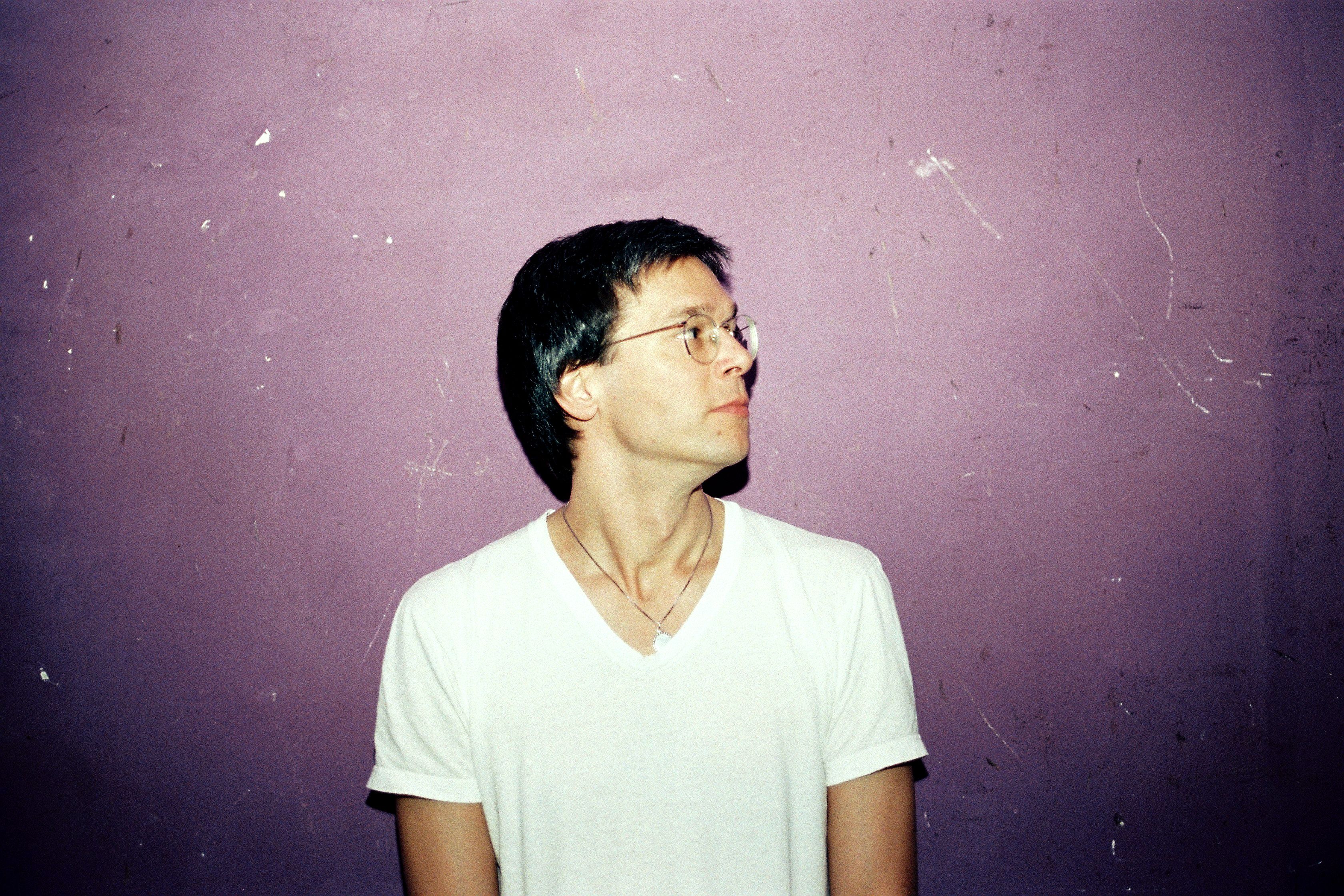 It all started with one of these Chicago Trax compilations on DM/STREETSOUNDS. As a reaction to his thirsting for more of these crazed beats from overseas and with a view to his tight budget, the greatest hits of these expensive imported 12” singles were soon released in the form of a compendium.
This opened Pandora’s box, for very young Roman Flügel, too. Innocently given to him by his elder brother as a present (“He probably had no idea what he was about to unleash and just wanted to give me some new music”), the dazzle of the unrefined and feverish dance music, furnished with just a few drum machines and inexpensive synthesizers, turned the whole world upside down for the cultivated music pupil from Darmstadt. After several evenings at Sven Väth’s renowned Omen club, few kilometres further up north, and his mind was made up. Memories of the atmosphere at the legendary Warp or Underground Resistance label nights has put a smile on Flügel’s delicate face ever since – a man who would also make a fine figure as a literature lecturer, poet or thinker. “LFO’s bass, once they had set up their massive range of equipment, was unbelievable,” he says laughing.

It didn’t take long before the well-trained ear tried out more than just classical melodies. Little by little, he collected a vast array of equipment, bringing forth his first sound experiments and enough courage to give a demo tape to indie fan (that’s what music magazines like Zillo used to call people like that back then) Jörn Elling Wuttke. The latter was a well-known face in Darmstadt’s music scene and often enthused about new electronic music. In him he had found the right partner and Wuttke could hardly believe his spellbound ears.

DJs und Delirium record sellers Ata and Heiko MSO from Frankfurt felt the same. At first they thought someone was making fun of them. It sounded too authentic and unique. The music Flügel and Wuttke had presented to their label Ongaku and Klang Elektronik as Acid Jesus or, rather, Alter Ego, couldn’t possibly come from the little neighbouring town Darmstadt. In Frankfurt, that kind of sound made people think of Detroit. The rest is history and forged an almost holy alliance. Speaking of holy: a humid summer’s day, a crate of beer and a studio in a garage sufficed to found a new label by the name of Playhouse for Holy Garage and to create that certain “surprise” which still excites house clubs today. Comrades-in-arms such as Isolée, Don Disco alias Losoul and Ricardo Villalobos made the label the number one address. So they went on, history was written and the nineties flew by in a jiffy. His degree course in music was in the way: “It seemed obsolete somehow, just to be analyzing church sonatas all day when there were so many interesting things going on around me. When, on top of that, the only semester on modern music was cancelled that year, I decided to leave the university.”Luckily for us all, actually. The electronic intellectual’s productivity is virtually unparalleled and Roman Flügel, the producer, DJ and label co-owner of Ongaku/Klang/Playhouse has meanwhile become a gentle giant in the German electro scene. With his own personal style and the privilege of being independent from the usual constraints of the music industry. A free spirit instead of a sheep. His solo project as Soylent Green (see the latest “La Forca Del Destino” compendium) is just as much of a must as his Alter Ego project with Wuttke, rigorously affirming techno down to the very last detail. He and Wuttke also count as techno Teuton Sven Väth’s favourite producers, who booked the team to produce a series of his own music. Roman’s work as Eight Miles High and Ro 70 show his quieter side, while the remixes (e.g. for Daft Punk, The Human League, Primal Scream, Pet Shop Boys, Kylie Minogue) and tracks under his own name (just think of the Arcade rave of “Geht’s Noch”) are light dancefloor affirmations.

Roman also champions the cause of this in his job as an entertainer. Tried and tested by the stadium and pop hit “Rocker”, Flügel and Wuttke can be proud of being able to set any auditorium in the world on fire with their live set. DJ Roman Flügel can say the same of himself. Be it his sets at Offenbach’s Robert-Johnson, Amnesia on Ibiza or Berlin’s Tollhaus Berghain/Panorama Bar: instead of disappearing in trivial and meaningless elevator clicks, he prefers to make his way through 20 years of “rave”. Contemporary music that includes bleeping house or quirky techno meets futuristic Italo-disco and electronica devoid of all provenance. There was a time when you’d call that kind of sound acid house, released cheaper by the dozen on compilations. It all turns full circle again. Gerd Janson 2009