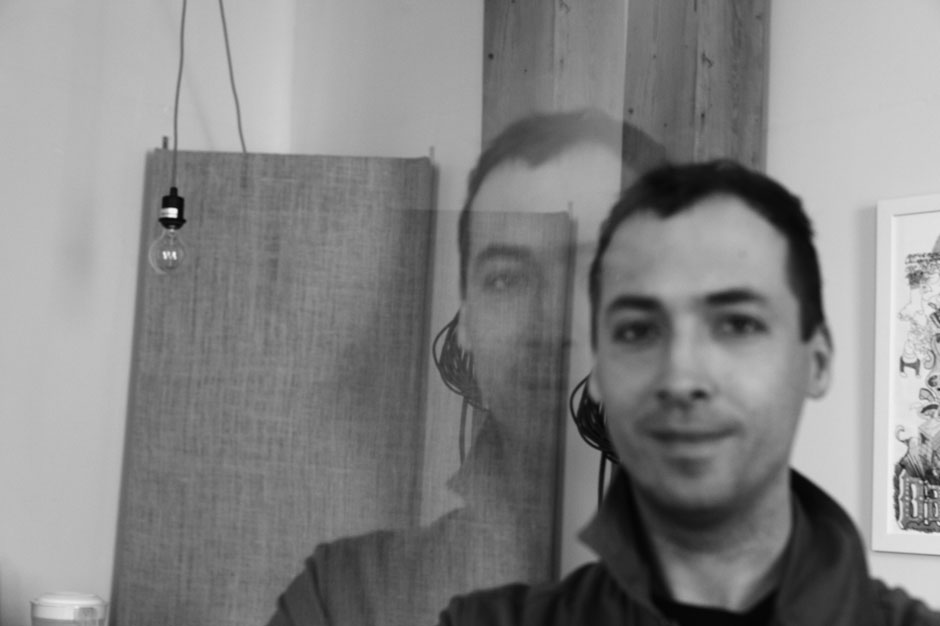 Tim Hecker is a Juno award-winning Canadian composer and sound artist. He has spent the last decade inhabiting a unique intersection between noise, dissonance, and melody. In his varied and celebrated works, digital and organic sources tightly intertwine. The result is a hybrid aesthetic that recalls electronic abstraction and psychedelic minimalism. Hecker purposefully obfuscates the clear tonal distinctions of traditional instrumentation, preferring to cultivate enigmatic, uneasy soundscapes. The beauty and crush of Hecker’s sonically processed noise has been compared to “tectonic color plates” and “cathedral electronic music.” As the New York Times put it, he plays “foreboding, abstract pieces in which static and sub-bass rumbles open up around slow-moving notes and chords, like fissures in the earth waiting to swallow them whole.”

In 2011, NPR named Hecker as one of the Top 100 Composers Under 40. His 2003 album Radio Amor, released on the acclaimed German electronic music label Mille Plateaux, was recognized as a key recording of that year by WIRE magazine. In the years since, Hecker has worked extensively with the distinguished Chicago-based label Kranky. His album Harmony in Ultraviolet (2006) warranted comparisons to Brian Eno and Kevin Shields, and was ranked #13 on Pitchfork.com’s Best Albums of The Year. His most recent record, Ravedeath, 1972, was awarded the Best New Music title by Pitchfork, was nominated for the 2011 Polaris Music Prize and won a Juno for 2012 Electronic Album of the Year.

Tim Hecker is an extensive, vigorous live performer, and the immense power and menace of his live shows makes him a contemporary master of volume and texture. He has presented his works at the Institute of Contemporary Art (London), Primavera Sound (Barcelona), Unsound Festival (Krakow), All Tomorrow’s Parties (Minehead), Fondation Cartier (Paris), Bimhuis (Amsterdam), Columbia University’s Miller Theatre (New York City), among others.

Hecker’s production work is also international in scope. Ravedeath, 1972 was first conceived during a long Montreal winter, developed at the Banff Center for the Arts in Alberta, Canada, and completed during a summer spent in Reykjavik, Iceland. With the assistance of musician and engineer Ben Frost, Hecker recorded on a pipe organ built inside the Frikirkjan Church, and later manipulated the recordings to corrosive effects. The pipe organ, the album’s disembodied, distorted narrator, is a gesture at a possible secular transcendental sound, a visceral, potent alternative to traditional theological catharsis. The recording’s sonic marriage of pipe organ, piano, guitar, digital software, and effects pedals evokes an alternative utopia, one in which the coexistence of violence, melancholy and euphoria is a profound metaphysical imperative.

In 2013 Hecker presented Virgins, the follow up to Ravedeath, 1972. The album was every bit as visceral as the previous garnering praise from The Quietus, which described it as his “rawest solo outing to date, and the strands he plaits together are less tightly wound this time” and received “Best New Music” from Pitchfork.

In addition to his solo compositional work, Hecker has worked alongside musicians such as Oren Ambarchi, David Bryant (Godspeed You! Black Emperor) and Aidan Baker. He has also collaborated with video artists Doug Aitken and Stan Douglas in several installation pieces. Most recently he’s collaborated with Daniel Lopatin (Oneohtrix Point Never) on an album entitled Instrumental Tourist, which brought together best of both musicians’ worlds. Hecker’s work also includes commissions for contemporary dance, film scores, and various writings.

One of Canada’s most celebrated sound artists imbuing electro-magnetic b-rolls with humanity and grace. – Pitchforkmedia.com

Imagine the most beautiful music in the world. Then with an old thrift store camera, take a super grainy snapshot of that music. Fold up the photo and place it in an envelope and mail it to an address that no longer exists. 20 years later, happen upon an old abandoned post office, and discover that letter unopened, but browned with age, remove the photo and place it in your pocket. Lose those pants on a camping trip, only to discover them the next summer, all wadded up in a corner, sprinkled with a years worth of dust and cobwebs. Wash the pants, and only afterwards discover the photo. Prop in up in the window of the cabin to dry, where it sits soaking up the sun for the whole summer. Right before you leave, grab the photo of the most beautiful music in the world and place it in your book to mark your place. Place the book back on your shelf and forget all about it. Move several times over the course of the next several years, finally unpacking a dusty old trunk filled with books. Leaf through several of them, when suddenly the most beautiful music in the world flutters to the floor, dusty and tattered, worn and nearly transparent. Finally, tear it up into tiny pieces and drop them one by one into the speaker of an antique victrola, wind it up and what comes out will be Tim Hecker’s Harmony In Ultraviolet. – Aquarius Records

A shuddering, visceral implication of… epochal decay, of penumbras of radiation emanating into space from an old, saturated world. – Cokemachineglow