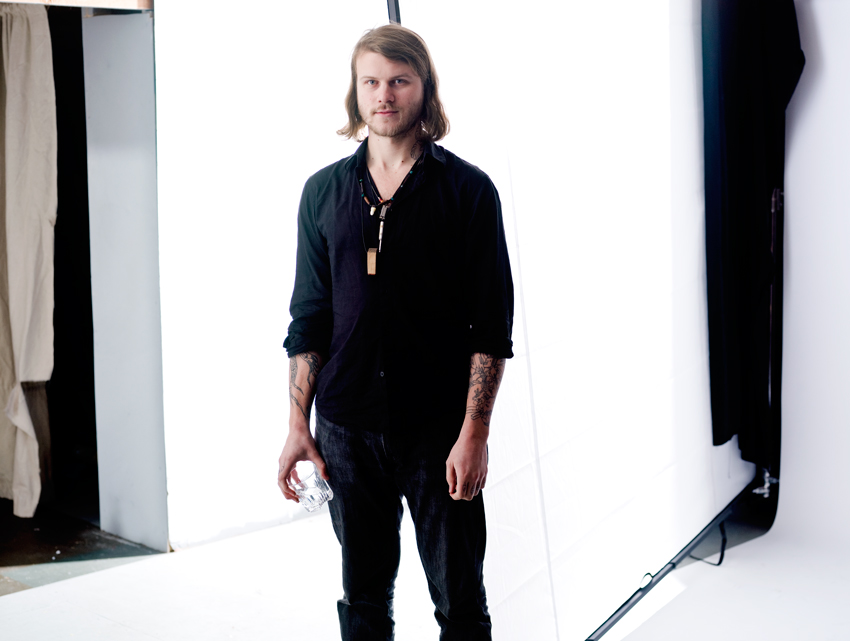 “Vox Mod, aka Seattle native Scot Porter, has been dropping a succession of sleek, futureshocked hip-hop collections – including the excellently titled Selected Transient Works 04-09 – on his Bandcamp for a little while now. A full-length proper, SYN-AESTHETIC, is due later this year, and will feature turns from THEESatisfaction associate Erik Blood and Robot Koch’s Jahcoozi outfit.

The big sell, though, is a spot from Shabazz Palaces lynchpin Palaceer Lazaro, aka former Digable Planet member Ishmael Butler. ‘Iridescent Asteroid Mists’ is much more lustrous than the prickly hip-hop turned out by Shabazz Palaces on Of Light or Black Up. Gleaming synth textures are the order of the day, although, like a stone gathering moss, the track accumulates static as it rolls on. By the closing seconds, you’re almost in Odd Nosdam territory – and that’s a place we’re always happy to find ourselves.” -Fact Magazine