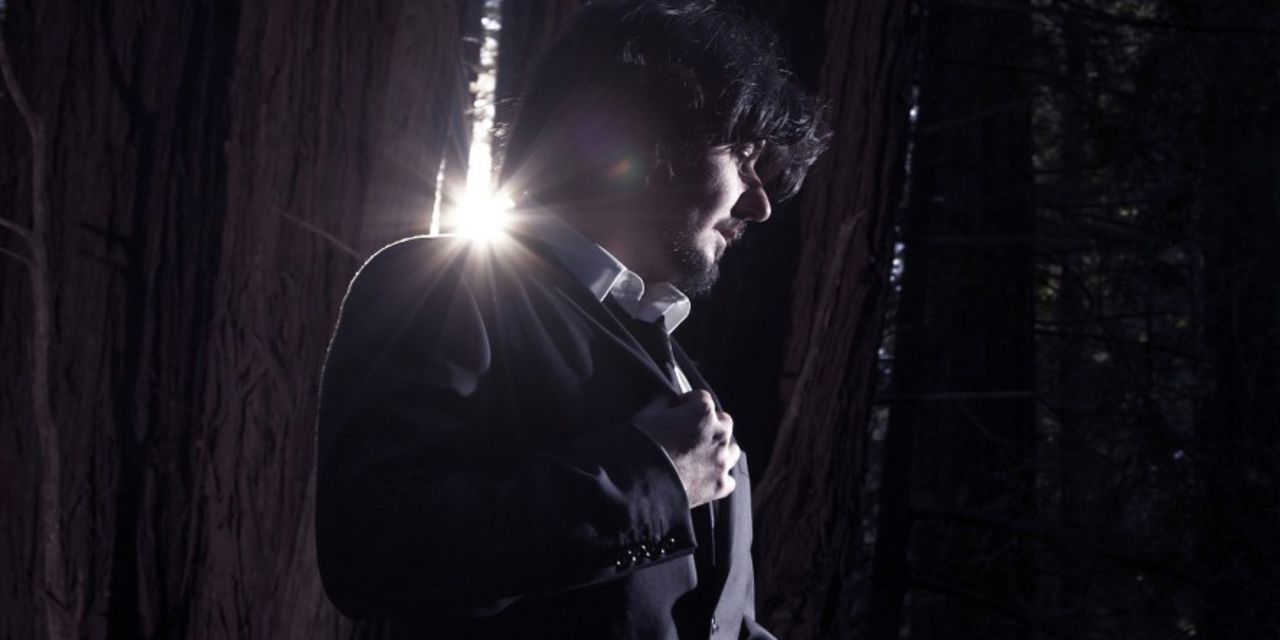 ABOUT AMON TOBIN
Amȯn Tȯbin was born in Brazil, but spent his formative years in the UK. He came up through the breakdancing and hip-hop scenes in the 1980s, and the jungle and drum and bass scenes of the 1990s, before establishing a sound and a style that was singularly his own. He first emerged with a string of 12″ singles on the small London label 9Bar Records, and his breakthrough first album, Adventures in Foam, led to his signing to Ninja Tune in 1996. For the next several years, he pushed the boundaries of found sound to the limits in acclaimed albums such as Bricolage (1997), Permutation (1998), Supermodified (2000), and out from out Where (2002), and pushed other compositional tactics forward in albums like Foley Room (2007) and ISAM (2011). Foley Room explored the role of sound design and field recordings, culminating in an acclaimed performance at the birthplace of musique concrete, the GRM in Paris. He also produced several original scores, ranging from the cult film Taxidermia to the video game blockbuster Splinter Cell: Chaos Theory, and created numerous dancefloor-oriented singles and albums under the alias Two Fingers.

Tobin’s 2011 album ISAM, an acronym for “Invented Sound Applied to Music,” utilized advanced synthesis processing and production techniques traditionally reserved for sound design in film. It proved an influential contribution towards recent approaches to music production in electronic music. It also paved the way for a radically new kind of audiovisual performance. Hailed by major media outlets including Wired, Rolling Stone, NPR, and many others around the world, ISAM received global acclaim as a landmark in audiovisual performance. Projection mapping, which had been the domain of static and mostly corporate visual showcases, was configured for the first time to uniquely narrate the musical performance of an album. ISAM reshaped audience’s expectations of electronic music concerts, and premiered at some of the world’s most prestigious venues, from the Sydney opera House to the olympia in Paris to the London Hammersmith, and many international festivals including Sonar, MUTEK and Moogfest.

The depth and scope of Amon Tobin’s work have been a major inspiration to many. From the Kronos Quartet to Diplo, he achieved respect among artists within and outside electronic music. He established a reputation for musical ingenuity unconfined by genre, and over two decades remains one of the most visionary electronic artists of his generation. — Geeta Dayal

ABOUT TSURUDA
Thomas Jay Tsuruda (born August 9, 1991) was immersed in music as soon as he could read. Starting with piano as a child, and with violin and vocal lessons soon to follow, he is no stranger to classical training and the self discipline that comes with it. Tsuruda attended a classical music school from kindergarten to 8th grade, and spent his childhood experimenting with every instrument he could get his hands on. Due to his early involvement with music, it comes as no surprise that Thomas fell into the world of producing at the young age of fifteen.

With influences like Madlib and Flying Lotus, Tsuruda’s style is diverse, elegant, and complex. Disregarding all genres, he isn’t afraid to push the boundaries of electronic bass and hip hop music. His live sets are always a unique surprise and have taken him around North America sharing the stage with some of the biggest names in the game. Tsuruda made his Vancouver debut with Ekali and High Klassified in May, 2015, shortly after his legendary sunrise set at Emissions Music Festival with G Jones and Slow Magic. He’s also no stranger in the Bay Area of California, holding down stages with Penthouse Penthouse, Sweater Beats, Zeke Beats, Mikos Da Gawd, Woolymammoth and many more. He’s headlined shows and other festivals such as Infrasound across the Midwest. You can also catch Tsuruda spin every week at his Friday night weekly in Hollywood, Ca at the club Dirty Laundry.

Tsuruda is now more focused on producing music than ever. His distinctive style is making big waves with 5 full length self releases under his belt and many other singles on various labels [Darker Than Wax, Team Supreme]ssed a legion of loyal fans with his signature blend of electronic, psychedelic and rock in

ABOUT YPPAH
Having amassed a legion of loyal fans with his signature blend of electronic, psychedelic and rock influences, the artist known as Yppah (pronounced “yip-ah”) is back with perhaps his most intimate work to date. Tiny Pause, due for release on Counter Records October 16, finds Yppah adopting an enormous technical shift in his writing process, moving away from largely software-based production and live instrumentation to modular synthesizers and samplers. Inspired in large part by 8mm footage and self-described “creepy/beautiful”archived film found on the internet, Yppah draws on the same palette of the living landscape, human memory and emotive warmth found in his prior work and magnifies it, echoing the sounds of Tycho, Baths and Boards of Canada.

Yppah (born Joe Corrales Jr.) has forged a career marked by ethereality and dynamism. Brought up on equal parts My Bloody Valentine and hip-hop, he has utilized a number of instruments and techniques in forging his place in the uplifting (yet firmly grounded) world his music inhabits. Previous records (2006’s You Are Beautiful At All Times, 2009’s They Know What Ghost Know, 2012’s Eighty One) have harnessed his cultural heritage and relentless curiosity to brilliant effect, landing placements in films (21), video games (Alone In The Dark) and television series (House, CSI) as well as taking him on tour around the globe.

Tiny Pause is informed in large part by shifts in Yppah’s life since his last work. Having toured the album, moved from Texas to Southern California and transitioned into more ambitious commercial work (for trailers, sound design and music libraries), Yppah soon found himself embracing hardware in a big way, buying and selling gear constantly while writing to find the best-suited combination for his workflow. The addition of two dogs to his home and a newfound hobby of surfing round out Yppah’s biggest influencers for the direction of the new record. And it all shows – the celestial dips and rises in “Occasional Magic,” the cascade of drums in “Little Dreamer,” the fractured ascent of “Spider Hands,”and the human-tinged glitches of “Neighborhoods” all point to an artist matured not only in sound but in perspective.