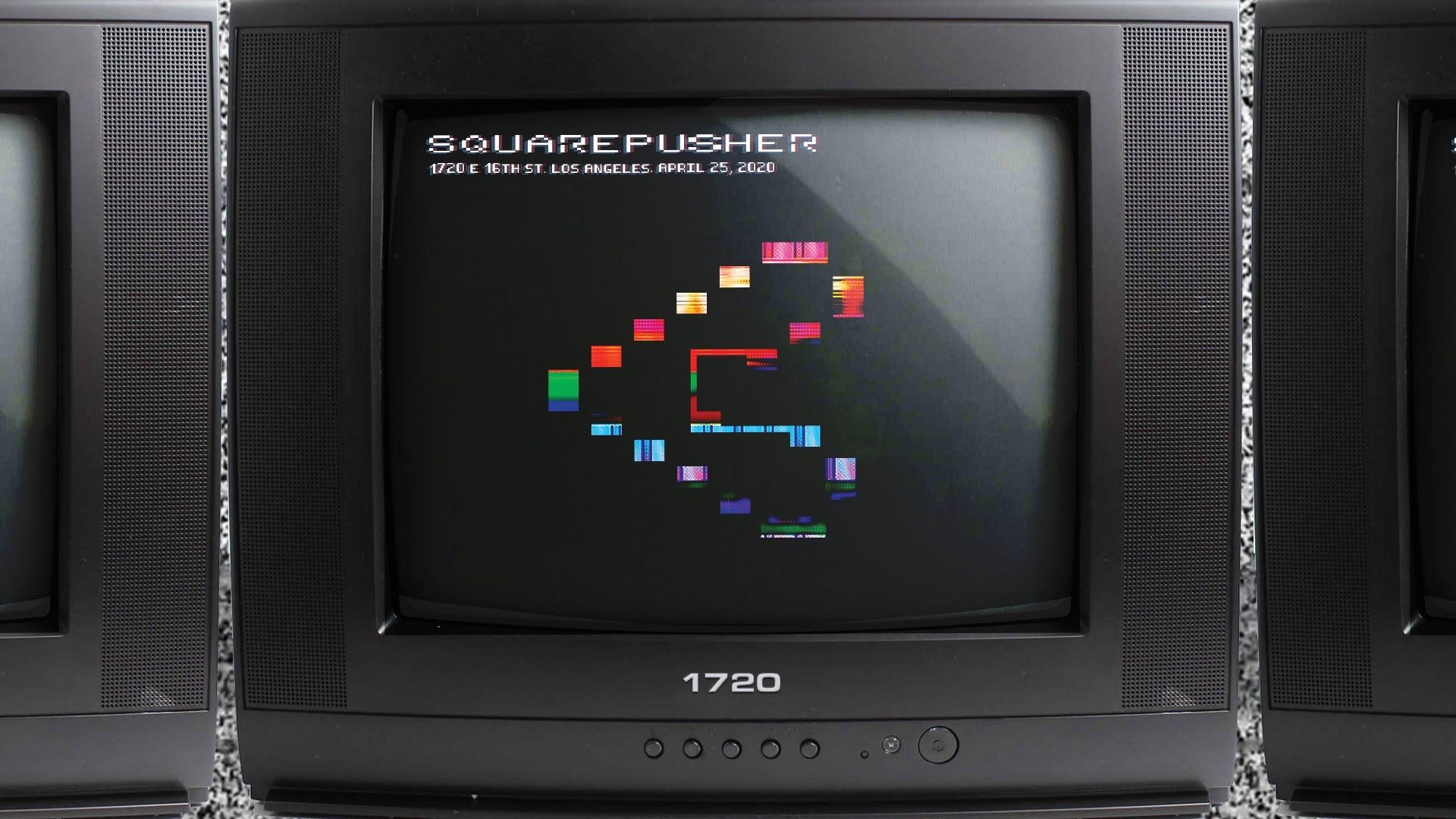 Squarepusher, the performing pseudonym of Tom Jenkinson, is an English electronic music artist signed to Warp Records. He specializes in the electronic music genres of drum and bass, musique concrète (sampled digitally rather than by tape), and acid, albeit with a significant jazz influence.

Jenkinson was born in Chelmsford, Essex, and educated at King Edward VI Grammar School. A self-taught expert-level bass guitar player and drummer, his style of extremely fast, cut-up beats mixed with fusion jazz and interlaced with synth lines and samples has gained him a cult following. He is friends with Richard D. James (Aphex Twin), and his albums have been critically acclaimed for their forward-thinking approach to electronic music.

Jenkinson performs live, playing with a fretless or fretted bass guitar, a laptop, and other hardware. He appeared twice on BBC Radio 1’s The Breezeblock show.

On 26 June 2005, Squarepusher played at London’s Royal Festival Hall as part of the Show “Songs of Experience” a tribute to Jimi Hendrix. His 12 minute performance was built up of a medley of Hendrix tracks played solely on the bass guitar with the use of effects.

One of his brothers, Andy Jenkinson, is also a respected recording artist, under the name Ceephax Acid Crew. A third brother, Jonny Jenkinson, also performs and occasionally supports his siblings on tour as a drum and bass DJ.