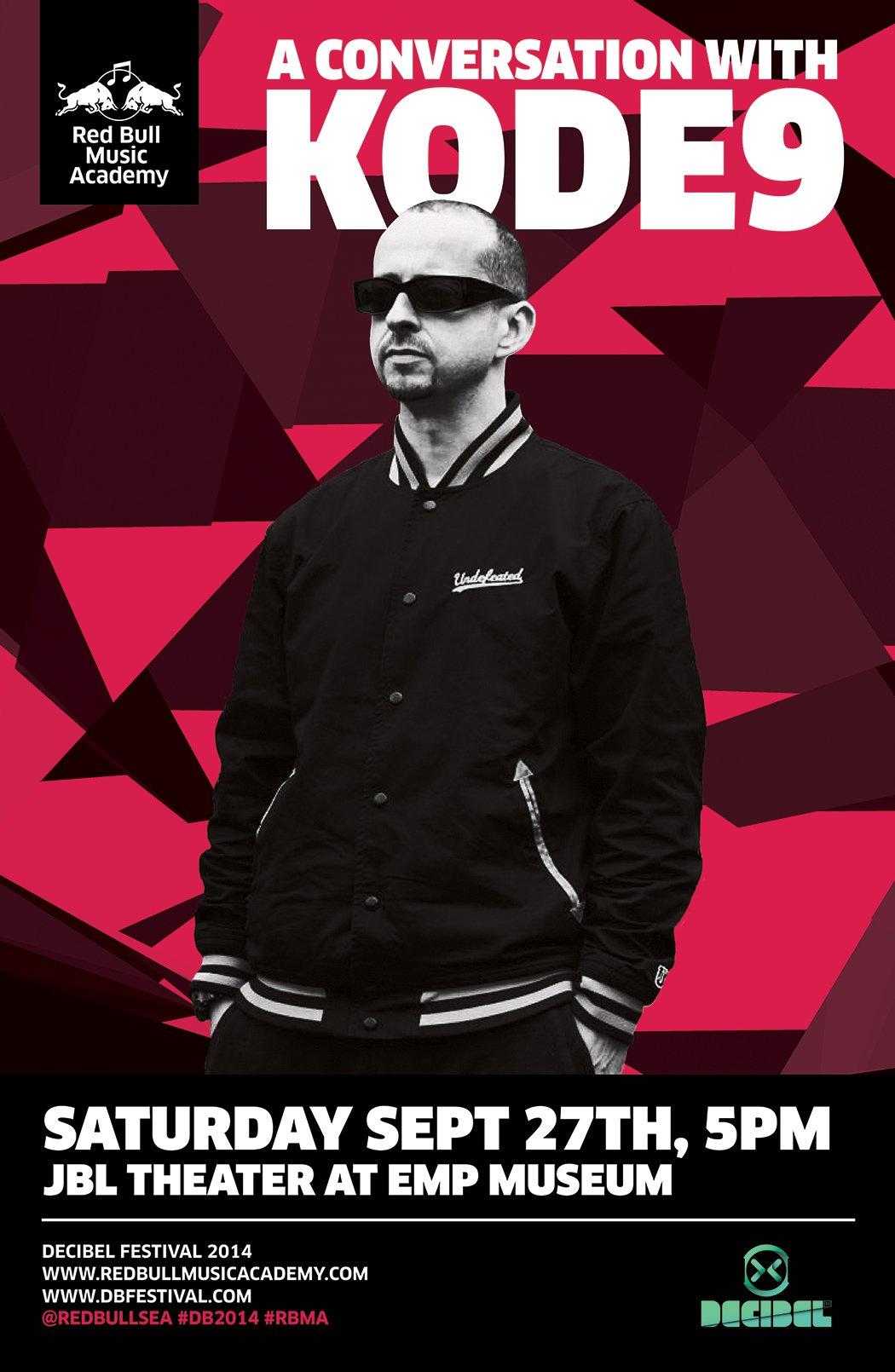 Steve Goodman aka Kode 9 is a DJ, producer, academic and founder of the Hyperdub label. Hyperdub have released a string of critically acclaimed records by artists like Cooly G, Ikonika, Scratcha DVA, King Midas Sound, and most notably Burial, whose strident anonymity and distinctive, glowing garage style took the underground by storm. Kode has released two albums with collaborator Spaceape, ‘Memories of the Future’ and ‘Black Sun’, and wrote a book called ‘Sonic Warfare: Sound, Affect, and the Ecology of Fear’ about the military applications of sound.

The Red Bull Music Academy is a world-traveling series of music workshops and festivals: a platform for those who make a difference in today’s musical landscape. Each year, two groups of 30 selected participants – producers, vocalists, DJs, instrumentalists and all-round musical mavericks from across the planet – come together in a different city where, for two weeks, each group will hear lectures by musical luminaries, work together on tracks and perform in the city’s best clubs and music halls. Having traversed around the world since 1998 – making stops in Berlin, Cape Town, São Paulo, London, New York City and Seattle in 2005, among others locations. The Academy will be setting up shop in Tokyo, Japan for five weeks, from October 12 through November 14, 2014. The first term runs from October 12th to the 24th, while the second term is from November 2nd to the 14th.

Red Bull Music Academy and Decibel Festival have built their partnership based on a like-minded commitment to create unique platforms for those who push musical boundaries. In the words of Decibel founder Sean Horton, “Ever since Seattle hosted the Red Bull Music Academy in 2005, Decibel and Red Bull Music Academy have been forging a creative partnership that has spawned some of Decibel’s brightest moments.” This year, along with the Kode9 RBMA Lecture, RBMA Radio (www.rbmaradio.com) will be expanding its coverage of the festival with the goal of archiving its best moments to share with its global audience. Enjoying an average of 600,000 listeners per month, RBMA Radio features thousands of exclusives shows, all available on-demand, including interviews with essential music makers, playlists curated by your favorite artists, and all the festival moments that really matter.

Previous year’s Decibel Festival shows can be listened to at http://www.rbmaradio.com/search/shows/decibel